in career and blogging
by Steph Osmanski
0 Comments

Hashtags have a pretty tumultuous reputation. The shadow ban scare of 2017 — which Instagram has since admitted does not exist — is mostly to blame for that not-so-good rep. But even still, hashtags are powerful tools on the Instagram platform and when used efficiently and appropriately, they can be responsible for many benefits in the realms of engagement and growing an account. 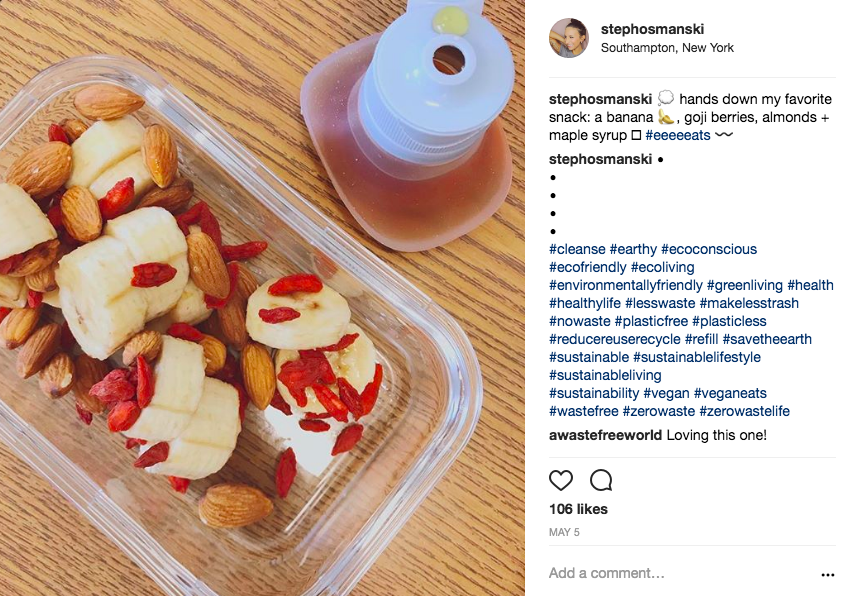 How can we use hashtag strategy most effectively? This is the most important question surrounding the usage of hashtag strategy. If you recall the “shadow ban,” which was a mythical phenomenon that occurred when users would implement the same recycled hashtags over and over again, and Instagram then classified it as “spammy behavior” and buried the posts so they weren’t visible. Now that we know the shadow ban isn’t a real thing, it’s still crucial to stick to appropriate, efficient, and user-friendly hashtag tactics. We don’t want to be classified as spammy; rather, we want Instagram to read our hashtags in a productive, effective way that becomes a catalyst for growth and the organic increase in user engagement.

How can we use hashtags to maximize engagement? That’s the ultimate goal with including hashtags in posts: maximizing engagement. The Instagram algorithm highly rewards posts that have high engagement and so in an effort to encourage more engagement, users should include hashtags in each individual post. How many can you include? Instagram allows up to 30 hashtags per post. How many should you include? According to Smart Insights, fewer than 10 per post. Why? According to AdWeek, “the narrower the scope of the hashtag, the more engaged the users are.” Think: the difference between #girl and #girlwhowrites. #Girl has 305,055,119 posts, while #girlwhowrites has 3,161.

Lesson: When it comes to hashtags, go super niche. The more niche, the more potential engagement you are opening your posts up to, thanks to exposure to more engaging communities.

Keep reading to find out the best practices to implement into your hashtag strategy on Instagram!

Hashtags aren’t just for static posts on your Instagram feed. They work wonders in making your Instagram Stories more discoverable and accessible, too. Geo-locations and hashtags have discover pages, their own Stories attached to them. 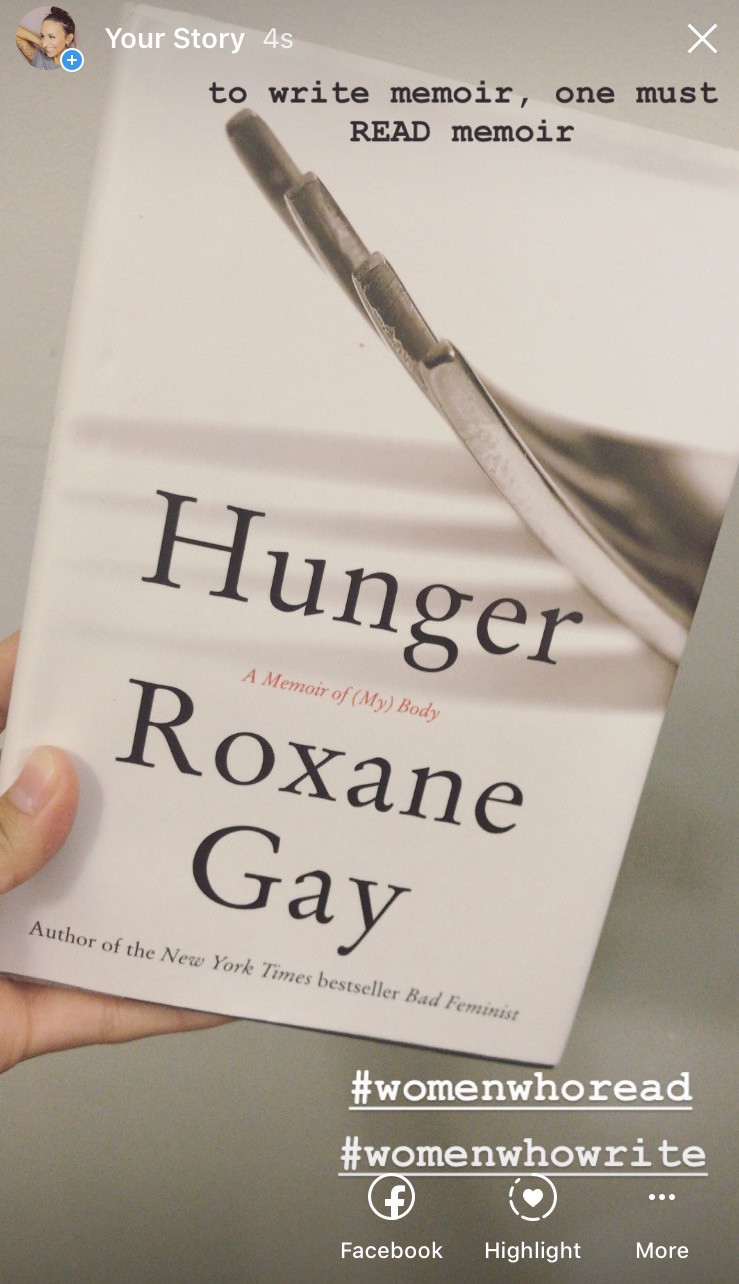 2. Keep tabs on your favorite (or most-used) hashtags.

3. Identify quality hashtags for your purposes.

Quality hashtags are hashtags that are niche, small, but full of ardent followers ready to give engagement. Quality hashtags are actually relevant to the content that you’re offering your followers. If it’s a photo of a pitaya bowl, #pitayabowl will likely have more payoff than #smoothie or #smoothiebowl or #health. 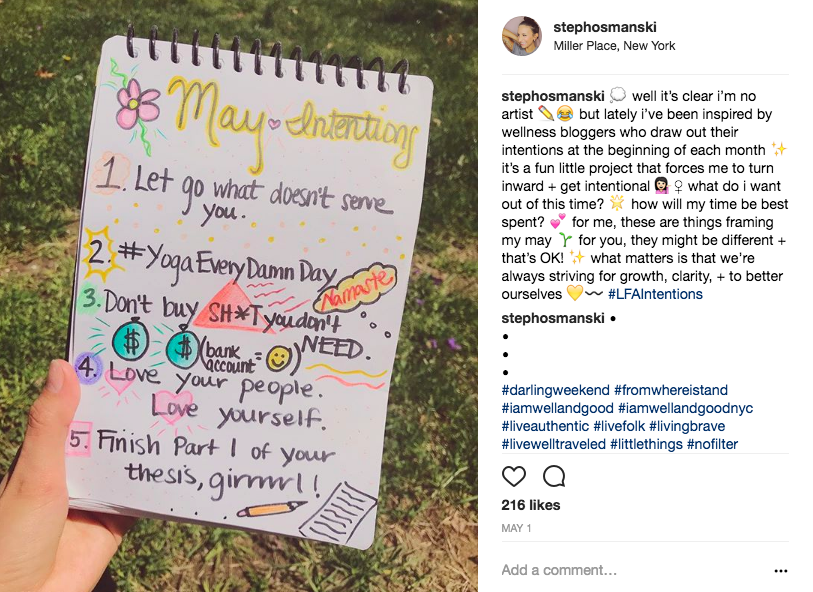 In the above example, I used a community hashtag, one created by health and wellness blogger and influencer Lee From America. She encourages followers to use #leefromamerica and for their monthly intentions posts, #LFAIntentions. Just from this post alone, I garnered several followers who were using themselves and following the #LFAIntentions hashtag. Bceause I had used it, they knew I was a fan of Lee From America and wanted to then follow me because it was likely that my photos were of similar content and quality as Lee’s.

4. Save and organize your hashtags.

Nobody wants to think up somewhat-appropriate hashtags off the cuff when they’re seconds away from hitting the “post” button on IG. Forget that waste of time and save and curate your hashtags instead. There are multiple ways to go about organizing your hashtags; you can arrange them in a Google Doc or spreadsheet, you can text them to yourself or copy and paste them into a note on your phone, or use a tool like Later to remember hashtags.

Ever type in a hashtag to see another recommended hashtag pop up? There is good reason for that. Instagram likes to recommend other hashtags you might like to use, that based on its algorithm, finds might be related to the hashtags you’re already using. This can come in handy for widening your account (and post’s) exposure. You might already know of the hashtag #zerowaste but maybe you didn’t know that a lot of other zero wasters are also using #zerowasteweek and #zerowastechallenge. Those two hashtags might be great chances to optimize your post’s discoverability.

All tips and info adapted from AdWeek. This post first appeared on LinkedIn.